Skip to content
Homespiritual body of curse is linear and unilateral 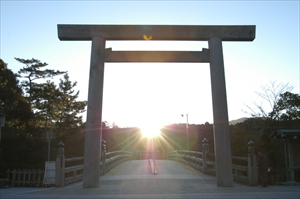 When a person curses someone, Ikiryo (生霊）, a living vengeful spirit which separates from the original one, leaves his body for the person he has a grudge against. The spiritual body looks like the person who put the curse, but the eyes are out of focus, and since the spirit does nothing but think of the grudge against the other over and over again, you cannot talk to it.

The time a living vengeful spirit leaves the body is when the person who has a grudge is engaged in something or sleeping, for example. People who put a curse are easy to get tired and often yawn. This is because their life energy is leaking.

Repeating the separation of a living vengeful spirit from a physical body can cause a gap between the living spirit and a spiritual body when it comes back. It gets harder and harder for the two to overlap each other, which causes schizophrenia or other diseases. In the case of the vengeful energy is strong, the living vengeful spirit doesn’t take on a human figure sometimes. It can change into a weird figure like a mask of Hannya（般若）, a female demon.

Also, some psychics put a curse on someone consciously on an exchange condition with a wicked spiritual being in the World of the Dead. The wave motion of a spiritual body of the curse is rough and inflexible. The movement of a wicked spirit seems to be linear and unilateral. It is often said that it is not good that a gate of a house and its entrance door are located in a straight line because wicked spirits can easily come into the house.

Most of the main buildings of Ise Grand Shrine（伊勢神宮） face at right angles to an entrance path from the Torii（鳥居）, a gateway at the entrance of a shinto shrine, to the buildings. The disposition is likely to be for the defense against wicked spirits.

When you are misunderstood and cursed by someone, if you dare to have gratitude for the person, you are not easily affected. Because the vibration of the person and yours cannot tune in to and attract each other like oil and water. If you curses back to the person who curses you, each other’s living vengeful spirits collide and hurt themselves. They attract each other like a lock-on of missiles. In this case, it becomes a trial of strength between the spirits, and they both get exhausted and hurt themselves.

It is possible in a daily life that we are cursed by someone without knowing it. But if you always live with gratitude, you are not affected by a living vengeful spirit, so there is nothing to worry about. I’m sure you can dodge it easily.