Skip to content
Homeabout the prevention of heart trouble 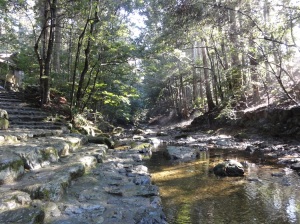 A reader of this blog asked me about what I thought about a heart disease saying that he sometimes felt pain in his heart. First of all, it is important that he go and see a doctor right away. Now I’ll write about my own experience.

When I turned 40, I felt pain in my heart on a Sunday evening when I went to bed. Thinking that there was nothing to do whatever happened to me, I fell asleep then. The next day, I went to a hospital for medical examination just in case only to find no problem at all. I didn’t understand what was going on because I had always been trying to use my body borrowed from my ancestors with good care, paying attention to meal balance and sleep, and keeping my figure. The result of my blood test was good enough for the doctor to be surprised, with a lot of good cholesterol in it.

Thinking of the cause of it now, that time was when the sun was active and sunspots often appeared on the surface. And it had often been reported that blackouts occurred and machines malfunctioned in the Nordic countries because of a magnetic storm caused by solar wind toward the earth.

The heart is an organ full of electrical signals. I have heard that there is a treatment for a heart disease in which a doctor locates the part of a heart emitting unusual electricity. The heart has much to do with an electrical stimulus.

I have never had such an experience again since I had the heart trouble, but I have come to pay attention to and have interest in the heart. It is important that you take care of your heart and lead a preventive life against heart diseases even if you are healthy now. I’ve done psychic reading about the prevention of heart diseases.

1. Try to get a good sleep. To take a nap of 15 to 30 minutes after having lunch is very good for resetting the active cycle of your heart.

2. Aim for a slim body. Obesity causes many kinds of diseases. To drink warm water is very effective against obesity because it speeds up body metabolism.

3. Avoid oily foods and a lot of meat two days in a row.

4. To take a tablet of coenzyme Q10 after eating oily foods is very effective for those over 40.

Coenzyme Q10 was developed as a drug for angina at first. But because no side effect was found, it was authorized officially as a supplement for diet out of Pharmaceutical Affairs Law. In my opinion, it is effective for the prevention of pyorrhea, diseases related to capillaries of eyes such as cataract, diabetes, and especially heart trouble.

What we have to be careful about regarding this supplement is that we tend to overwork because we become less tired, which taxes our body and shortens our lives, so be careful with it. Also, young people had better not take any supplements because they makes body function to absorb nutrition from foods drop.

What I have said above is physical, superficial explanation. Spiritually speaking, spiritual light in the electromagnetic waves from the sun has begun to affect the earth and our physical bodies. We should take care of ourselves purifying both mind and body by having the faith of transmitting gratitude and eating vegetables in the main.