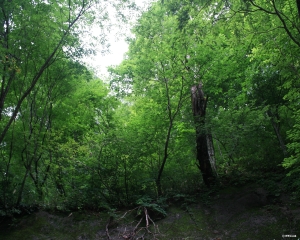 Some people say,”This world is like a hell.” To be sure, there is a hell in this world.  In a TV program, which I started to watch halfway through the program, there was an old man living alone. He was over 60 years old and used to have his own small company. He had a part time job and earned about 100000 yen a month. He managed to rent an apartment and lived by himself.

One of his big problems was that if he should fall ill, he couldn’t have treatment because he had failed to pay his taxes. After paying for rent, food, and fuel and light expenses, he had nothing left. He had a tumor, which he had cut off before, beginning to get bigger again, but he didn’t go to hospital and had put up with it. Many private hospitals seem to reject a patient who has not paid his insurance. I think he should go to a hospital designated by the prefecture that he lives, which I think will accept such people. I’m not sure whether or not he can be accepted without reservation or he has to pay the cost of his treatment later, though.

Another story in the TV program was more miserable. A man died in his light vehicle with his stomach swollen because of ascites caused by terminal cancer. His boss of his part time job searched for him because he had been absent without due notice for a couple of days and found his employee’s dead body. He had been doing his part time job until the very last minute, enduring the acute pain of terminal cancer. He must have been so painful. The pain must have been so hard that he lost consciousness and passed away. He was homeless and stayed in his car and didn’t have his insurance card and were ignorant of a relief system. His boss whose face was stern was crying with tears in his eyes. The boss seemed to wonder to himself, facing a human’s death.

By the way, on another TV program, I knew that people in a disputed region like Afghanistan live in a big family. Family members cannot afford to have rooms of their own, so they get together in a room and enjoy a meal laughing. Many of the men didn’t have his arm or leg. But both their children and the men were all smiling.

The Japanese who died in anguish in a peaceful city and the Afghan people whose life started in a hell from the beginning but who find pleasure in the hell. Which country is the true hell, Afghanistan or Japan? It is miserable that a man who knows what it is like to live in peace and clover should have a hellish experience by himself and die alone in anguish. It might be better that a man who only knows a hellish surroundings lives peacefully with his big family in a hell.

Many of the causes leading a human being to an unfortunate situation are often triggered by some trifle thing at first. If you are always aware of your being kept alive, you can nip some trouble in the bud. You can keep the bud small enough for you to control. It is important for human beings not to forget gratitude for the present situations where you are kept alive. You can find out happiness anywhere in the world no matter what, for everything in this world are all within God.