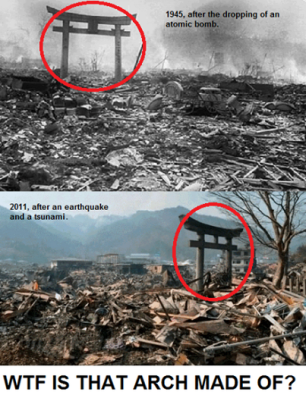 When will the bird in the cage get out of it?

At dawn, still in the dark, a crane and a turtle slipped.

Who is it that stands behind?”

Though there are already a lot of spiritual interpretations of this children’s song, I’m going to write my own spiritual reading about it.

What I see first is a scene of a port at Kobe（神戸） about a hundred years ago. A powerful guru of Taoism from Hong Kong, under the auspices of an industrialist of trading business, came to Kobe to make into a citizen. He could perceived the current of magnetism, called “Dragon Path（龍道）”,  flowing from Hakusan（白山） region far away at the rear through the direction of Awaji Islnad on a global scale. He seems to have suggested to an influential person that he should make use of the terrestrial magnetism for the development of Kobe, and have him carry it out. As the result of it, Kobe port grew much bigger.

Time passed and the redevelopment of Kobe began in the 1980s with the economy bubbling. Kobe was an important city in the previous civilization of ancient times. There are a lot of remains related to the holy spirit there like Kabuto Yama（甲山）and they began to be destroyed due to the redevelopment in Showa era. Some of the buildings and roads the guru put to dam up and seal up the terrestrial magnetism were also destroyed.

With various spiritual factors occurring simultaneously, the collapse of the blockage of the Dragon Path, which had been flowing from Hakusan to Awaji Island for a long time , caused it to open up. And due to the reaction to the accumulation of energy that lasted for more than 100 years, the energy flowed back to Kobe from Awaji Island with a single swoop. The current of magnetism of Dragon Path circulates, so one round trip makes one cycle. And then Hanshin-Awaji（阪神淡路) Earthquake disaster occurred “at dawn, still in the dark.”

I see the writer of Kagome Uta is an ancient shintoist, Mr. Arafuka Michinari（荒深道済）. He was observing all the situation about hundred years ago, when the guru began to influence the Dragon Path at Kobe, and got a vision that this interference would trigger off a big earthquake in the future and left the message as a song. I assume that the reason that it spread among people all over Japan as a children’ song was because of God’s will.

“The bird in the cage” in the song is a secret language and a bird stands for “the holy spirit.” Chickens are taken good care of in the sacred place in Ise Grand Shrine（伊勢神宮）, too, for example. As for “Enclose, enclose…in the cage,” this refers to the area.

When will the big earthquake mentioned above occur? I’m not sure. All I can do is watch the movement of a great ground dragon（大地龍）, a subordinate deity of Kunitokotachiohkami（国常立太神）. There are eight great ground dragons in the world at present. When a turmoil occurred at Chibet in China last month (March, 2008), the 14th Dalai Lama prayed for the coming of a great ground dragon and it rose to the surface from the depth of the earth. Its head is now directed toward Beijing.

In Japan, a great ground dragon exists in the depth of the ground in Tokai region, but it still doesn’t seem to move between Ise and Awaji Island. Its head is also directed toward Beijing somehow.

Since my book “The Road to Inner God” （内在神への道）was published, it has been easier and easier to calm down the ground dragon thanks to the gratitude of readers of my book as well as that of this blog. I’ve been praying so that the damage of the earthquake will be minimum even if it occurs here in Japan.