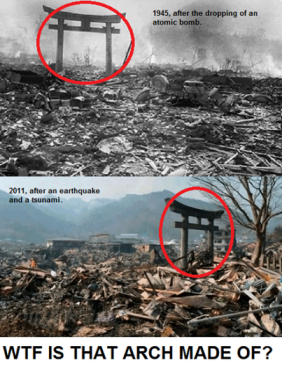 Driving past a school for handicapped children, I sometimes see a boy riding a bicycle to the school. The boy looks like a junior high school student. He looks happy riding his bicycle with a smile. His smile is really pure and innocent.

He is pedaling the bicycle very hard as if he were a part of it. I cannot help but be lost in admiration of his smile. The expression of his eyes is really great. Looking at his eyes and face, I feel like his Inner God is appearing and I’m looking at the God’s face.

People’s natural smiles are great. Unnatural ones by training are unpleasant. You might be able to smile a false smile, but you can’t make up the light of your eyes, on which you cannot undergo plastic surgery.

When I take a look at a picture of the eyes of famous gurus in the past, I can see where his soul came from, what his true identity is and whether he is an avatar of positive energy or negative. Many of the famous gurus in the past had important missions to achieve, to be sure, but it’s important to discern whether they tried to lead people toward positive energy or negative.

Some of them preached the kind of doctrine which led ordinary people believing in it to become hermits and made them abject after all. It doesn’t matter if he preached advanced spiritual doctrines or levels.

The eyes of G. Gurdjieff, a Russian of supernatural idea, were like those of a mischievous child. Those of Ramana Maharshi, a holy man in the modern India, were like the earth. Really great eyes.

You had better stay away from pay-psychics or people whose eyes are dead. Even ordinary people can feel impurity or something disagreeable of the eyes of such people, too. They have already lost Tamaza（魂座）, where a soul resides. Oh, what about my eyes? My families say they’re pretty big round eyes.