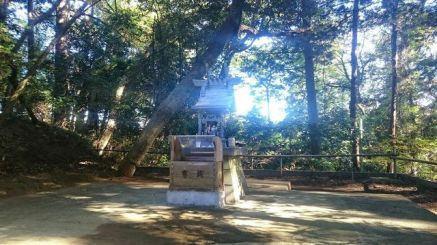 “I won’t stand up without getting anything.”−I like this line somehow.  I still remember a scene of a comic in which a poor boy stumbles over a stone on a street but smiles to find a 10 yen coin in front of his eyes, and thought he puts it into his pocket the coin drops through a hole of the pocket and he leaves without knowing it. Things like this often happen in life, don’t they? He was delighted to find a treasure in the misfortune situation but he lost it and got back to where he used to be after all.

I feel that it is important for you to try to do your best in some way or other even in a plight. When you’re eighty, the life in which you did your best and the life you didn’t will be totally different in many ways. Some people choose to die easily or keep avoiding struggling to live. If the Original Being had a tendency to give up everything easily, could we exist? Despite the modern development of science, no planet like the earth has been found yet. There are only barren planets in space as far as the eye can see.

The earth happened to be the place creatures could live. The creatures happened to evolve there. Human beings happened to pass on their genes from generation to generation for hundreds of thousands of years. And there happens to be each of your lives. Are they all accidental? Considering this probability of random chance, it’s more scientific to suppose that there must’ve been a will of never giving up in the creation of this world, isn’t it?

You have the breath of the Original Being of never giving up as Inner God in your heart. You are apt to hurt your heart easily or handle your physical body roughly, regarding them as yours. But this is a terrible mistake. Thinking “this time!” you pleaded for being born again into this World of Reality to experience joy, anger, grief and pleasure.  You’re borrowing Inner God and your physical body. You have to return what you’ve borrowed sooner or later.

Now that you’re entrusted with such precious things, you have to protect them with care. When you fall down in the middle of the road called life, you have only to learn something and stand up. It’s all right if you can satisfy your conscience（= Inner God）. You don’t have to worry about how you look. It doesn’t matter how miserable or clumsy you are. The purpose of your life is to satisfy yourself, that is, what you have in your heart. If you can satisfy your Inner God, it can be said that you’re living the greatest life. You can never deceive your Inner God by telling lies that is always with you, watching and knowing all you do.