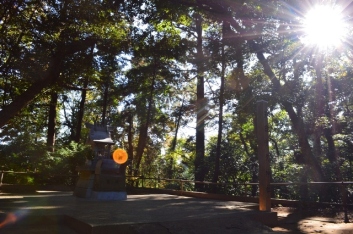 The other day, a buddhist memorial service for the first death anniversary of my benefactor was held, where a buddhist monk of Jodo Shinshu（浄土真宗） sect was called upon to participate and read aloud a sutra. The young monk was the deputy of his chief monk, who was sick in bed.

Lectures by a monk of Jodo Shinshu sect are almost always interesting, so I was looking forward to listening to one given after the service. At first I was wondering if his lecture would be interesting because he was young, but unexpectedly it was really a good lecture.

At the beginning of his lecture, he said abruptly “I’m sorry today for making you listen to the sutra which didn’t make sense too long. I was nothing more than a opener of this ceremony.” I thought this was an interesting start.

“The main part of today’s ceremony is the dining prepared after this lecture. It is the content of the conversation among you related to the deceased that is a great solace for him.” I thought he was telling a spiritually right thing.

“If a luxurious memorial service were not held, busy people wouldn’t come from a long distance. That people who know the deceased get together, getting on well with each other, proves that he was a person of virtue, making him happy the most.” That’s right, I thought.

Many monks of Jodo Shinshu are very human in a good sense and they seem to look at the world from a low position. They are brave enough to see and accept people’s sadness, foolishness, sorrow, and so on as Shinran（親鸞）, the founder of the sect, felt, which seems to be a tradition of the sect.

I use incense sticks which cost a little less than 1000 yen per a box. Though they sell incense sticks in a store which are a few hundred yen cheaper, I don’ feel like using them. To try to buy as cheap incense sticks as possible would bring you poverty in the World of Reality. However, to buy expensive ones for the purpose of becoming rich is not good, either.

When you buy incense sticks, it’s important that you choose ones feeling for your ancestors. I thought that the sect would be much better if they offered three incense sticks to ancestors with gratitude and prepared a memorial tablet with “the place for so-and-so family’s ancestors” on it, based on the religious view of Jodo Shinshu. It’s regretful that they don’t , or rarely, express gratitude in Japanese, which brings about important spiritual effects, making too much of sutras, which are just translations of a foreign language.