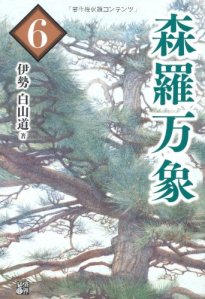 There has been a legend concerning this tomb mound that has been passed on only to descendants of our family line. The legend says that the tomb mound contains a holy sword made from metal that never rusts off. Our relatives say the metal must be gold.

At a time of my grandfather, it rained heavily and thundered abnormally for three days in the town. Because of this torrential rains, the dike and river of the town collapsed and the whole town was flooded. Even when the rain stopped, strange to say, the water wouldn’t drain away.

Seeing the strange phenomenon of the town being flooded for too long, my grandfather felt something was wrong with the Oni-zuka and went there to see if it was OK. And he found out that part of the tomb mound had been destroyed by someone. At the sight, he knew by intuition that a cousin of his did it, who would often try to borrow money for his pastimes from my grandfather. Pressed for the answer by my grandfather, the cousin confessed to having done it.

According to the cousin, he had been thinking of stealing the holy sword to sell it, and no sooner had he begun to destroy the tomb than black clouds appeared in the sky and it began to thunder and rain heavily. Every time he hoed the tomb, the thunder rumbled. Scared of the synchroneity, he gave up and ran away. It rained heavily for three days thereafter.

Later, my grandfather’s family and his relatives left the town because of their jobs and moved to other prefectures. No relatives of mine live in the town. I think this was because the anger of Susanoo didn’t settle. My father visited the tomb mound several times when he was a child but I’ve never been there. Now that he’s gone, I think I should have asked him where the tomb mound was exactly. The tomb mound must be part of the mountain and unrecognizable.

According to a family legend my father heard from my grandfather, in the case that a son, a daughter, and a son is born into a family in turn, the second son is called Onikko（鬼っ子）, or a son of a fiend, and regarded as the incarnation of Susanoo. They correspond to the Three Noble Gods appearing in Kojiki（古事記） and Nihon-shoki（日本書紀）: the eldest son = Tsukuyomi-no-kami（月読神）, the eldest daughter = Amaterasu-oho-mi-kami （天照太御神）and the second son = Susanoo（スサノオ）. When I was born, my grandfather had already passed away and couldn’t meet him. I happened to be born as the second son of three children in the same sequence. Ah, I hear the sound of thunder – joking!