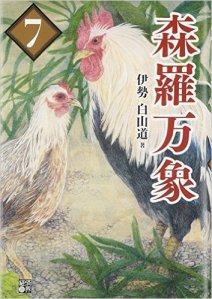 The times when I was a junior and a high school student were the most painful years in my life. I was suffering from general malaise of unknown origin. In part, this may have been because I became tall rapidly during the six years, but anyway I would often have dizziness and a palpitation of the heart. I went to hospital for checkup many times, but the doctor, failing to determine the cause, told me that it was OK because I was just at puberty.

At that time, I was thinking that this was because I tuned in to various spiritual beings like a sophisticated radio, for I have been spiritually sensitive since I was a little child. But I didn’t know what to do then. I felt like my life energy was sucked by something. I was pale all the time. To relieve this pain, I read a lot of books on religions and supernatural ideas of all times and places in search of a practical method. I tried many ones by myself.

When I entered a university, I got a driver’s license and I often visited shrines and Buddhist temples by bike mainly in Kinki Region. Also, I would consider Yorishiro（寄り代）, which I perceived was the secret principle of spiritualism, and experiment on it many times.  Besides, I happened to meet various religious gurus due to strange karma, and practiced a lot of spiritual methods. However, I was still suffering from general malaise. I couldn’t find anything that made me convinced of my thoughts on spiritual things I had felt since I was born, nor any practical method for improvement. All I tried were just a play of spiritual possession on the surface of my consciousness and led to a system for money set up by wicked spirits.

After all, it solved my general malaise worshiping the holy spirit with the words “I Ka Shi Te I Ta Da I Te  A Ri Ga To U Go Za I Ma Su,” which I received spiritually at Geku（外宮） of Ise Grand Shrine（伊勢神宮）, enshrining Shinsatsu（神札）, a kind of talisman, in the household shinto alter in my house and holding thankful memorial services for my ancestors. I could be mentally stable and physically stronger especially after I began to offer gratitude and three incense sticks to my ancestral spirits. Also, I came to be rich enough without hoping for money. Above all, it was the stability of mind that made me happy .

As long as you’re mentally unstable, you’ll come to dislike your life. The instability of mind could lead to death. Conventional religions can only give you a sense of security by making you dependent on them. But this sense is a fake one which will vanish sooner or later. Now I understand that my suffering during the six years of my school days was given me on purpose by a certain holy spirit so that I could be led to learn spiritual things and that my soul, which had been in a world far away from this world before I was born, could tune in to this world.

If you want to be loved, you have to love others. In this World of Reality, there is a law that you can never get what you want without giving anything. This is why I haven’t emphasized the effects of holding memorial services for ancestors. If you hold a memorial service for the purpose of getting something, the practice will have the opposite effect. If you do it for you, not for your ancestors, nothing good will happen and your practice will turn out to be disappointing.

It not until you have the desire to help your ancestors and console and heal gods, no matter how little, that you can get help from gods and spirits. Giving your gratitude to gods and spirits related to you makes the karma of being given something, while worshiping gods with the hope of getting something will result in losing something precious. The faith of giving your gratitude causes you to be given something without having to hoping for it. The difference between these attitudes is very big.